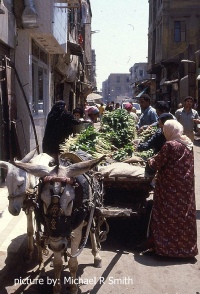 Nomadic Berbers, called Bafours, from Morocco migrated south after 300 BC. They were ruled by the Ghana Empire until 1076 when Maqil Arabs probably from Yemen, especially Beni Hassan nomads, conquered large areas.

The area was taken by France from 1901, borders were defined in 1904 and in 1912 the northern emirate of Adrar was finally defeated. Mauritania became part of French West Africa in 1920 and the French tried to end inter-clan warfare and slavery whilst French Senegalese moved into the area, suppressing the northern tribes.

The country finally gained independence in 1960 with a government installed by the French. Social discrimination continued against the black Moors (Haratin) in the north. Droughts in the early 1970s exacerbated problems of poverty and conflict between Arabs and non-Arabs.

With the country near collapse after a failed military attempt to annex part of Western Sahara, the government was overthrown in 1978. Political instability persists, including ethnic violence against former Senegalese, allied to attempts to modernise and re-establish ties with neighbours.

Around 90% of Mauritania's land area is within the Sahara Desert. It is generally flat, with arid plains broken by ridges and outcropping cliffs. To the west, next to the ocean are alternating areas of clayey plains and sand dunes.

A series of scarps in the centre of the country separate sandstone plateaus, the highest of which is the Adrar Plateau, reaching 500m. Isolated peaks rise above the plateaus.

Oil was discovered in the deep water Coastal Basin of Mauritania in 2001 in the Chinguetti field. Production began in 2006 although operator estimates of the field’s potential were optimistic owing to a lack of understanding of the complex geology. The performance of Chinguetti was considerably below expectations and the field was abandoned in 2016.

Further satellite and more distant deep water fields have been discovered, which should allow the country to increase oil output a little. Marketed gas production is also forecast to begin, both of associated and free gas.

A number of deep water gas discoveries have been made close to the border with Senegal and new oil production may be realised from 2020 followed by much greater gas production a few years later.

Potential may also exist inland Mauritania in the Tauodeni Basin although no onshore oil or gas production is forecast by Globalshift in the short or medium term. 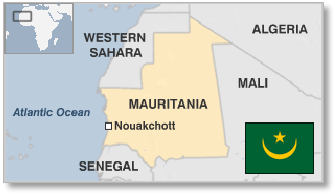 The President is head of state with powers including command of the armed forces and promulgation and execution of the law.

The Ministry of Interior controls a system of regional governors in 13 regions but control is concentrated in the executive branch of central government.

The oil and gas industry is overseen by the Ministry of Petroleum, Energy and Mines. The Société Mauritanienne des Hydrocarbures et de Patrimoine Minier (SMH) is the national oil company of Mauritania responsible for exploration, development, production and marketing of oil and gas on behalf of the State.