Yemen (the Republic of Yemen) lies at the southern end of the Arabian Peninsula bordered by Saudi Arabia (north), the Red Sea (west), the Gulf of Aden and Arabian Sea (south), and Oman (east).

Inhabited for thousands of years, the Saba Kingdom ruled in the north from 1100 BC. It fell around 50 BC but was unified by the Himyarites before Islam arrived in 630 AD and Yemeni tribes helped expand the powerful Arab Caliphates.

From 1513 the south was besieged by Egypt, Portugal and then the Ottomans who failed in attempts to gain control. In 1839 the UK took Aden under treaty and in 1918 a Zaydi Shia Kingdom was established in the north. In the 1920s the northern group tried to unify the country but was driven back by  southern tribes helped by the British.

In 1968 the military overthrew the northern Zaydi monarchy and the Yemen Arab Republic was established. In the south the British were expelled and a People’s Democratic Republic was created as a socialist state. After several civil wars the two states united in 1990 but fought a brief civil war in 1994.

Zaydi tribes began to rebel once again from 2004. Weakened by Arab Spring protests in 2011, along with threats from Islamic terrorists, the government eventually fled to Aden in 2015. Since then a Saudi-led coalition has been bombing the new Shia government in the north, while the south tries to secede. Yemen’s economy is in disarray.

Yemen can be divided geographically into four regions, the coastal plains in the west, the western highlands, the eastern highlands, and the Rub al Khali (Empty Quarter) in the east.

The Tihamah is an arid and flat coastal plain along the Red Sea coastline which ends abruptly at the escarpment of the terraced western highlands. The central highlands are an extensive high plateau over 2,000m. Yemen's portion of the Rub al Khali desert in the east is generally below 1,000m and receives almost no rain.

A number of Red Sea islands, including the Hanish Islands, Kamaran, and Perim, as well as Socotra in the Arabian Sea near the African coast, belong to Yemen. Many of these islands are volcanic.

Oil production began in 1986 from the Marib desert in North Yemen. In 1993 output began in the east in the former South Yemen. Total production rose to a peak in 2002, declining once the first fields began to deplete. Declines are expected by Globalshift to continue.

Gas was first exported in 2009 after completion of an LNG train at Balhaf on the Gulf of Aden. Prior to this associated gas was used at the oil fields, flared or re-injected. Small local markets have also been developed. It was forecast by Globalshift that Yemeni gas production would rise rapidly but security issues have delayed full development.

Despite extensive Red Sea and Gulf of Aden acreage Yemen has no offshore production and no potential is recognised. 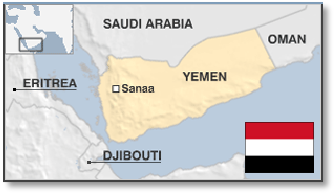 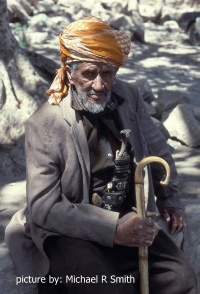 Yemen is a republic with a bicameral legislature. An elected President, an elected 301-seat Assembly of Representatives and an appointed 111-member Shura Council share power.

Up until 2015 the government administered the largest cities with other regions governed by armed militant groups which expanded their control during the 2011 uprising.

The major groups are Ansar al-Sharia (a branch Al Qaeda) in Abyan and Shabwah, and the Houthis, a Shia rebel group in Saada Governorate. In 2015 the Houthis overran Sana,a, the capital, and the government fled to Aden.

The Yemen Ministry of Oil and Minerals is nominally in charge of oil and gas in the country. The Yemen Oil and Gas Corporation (YOGC) is the NOC established in 1996.