Kazakhstan (the Republic of Kazakhstan) lies in Europe and Asia. It borders Russia (north and west), and China, Kyrgyzstan, Uzbekistan, Turkmenistan and the Caspian Sea (southeast, south and southwest).

Inhabited for thousands of years by nomadic tribes, Scythians became the dominant group in 1000 BC. The Turkic Cumans and Kipchaks created a nomadic confederation around 1020 AD. Mongol invasion in 1206 led to consolidation and eventual rule by the 3-part Kazakh Khanate in the 15th century.

The Khanate struggled with tribal rivalries and border wars. Russia began advancing into the steppe from 1735 and by around 1820 the region had become part of the Russian Empire. The Russians introduced military garrisons to defend against the British Empire.

Kazakhs tried to resist Russian assimilation but from the 1890s large numbers of Russian settlers arrived. In 1920, after a period of autonomy following the 1917 Revolution, the country fell to the Soviet Federation. It became the Kazakh SSR in 1936 with the indigenous Kazakhs being repressed and the country hosting Gulags and nuclear testing.

With its now large Russian population, it was the last republic to declare independence in 1991. Under authoritarian rule it has since worked to diversify its agricultural economy, especially by developing oil and gas reserves.

Kazakhstan lies on both sides of the Ural River which is the dividing line between Europe and Asia.

From the Caspian Sea in the west to the Altay Mountains in the east and from the plains of Western Siberia in the north to the deserts of Central Asia it includes flatlands, steppe, taiga, rock canyons, hills and deltas. The Kazakh Steppe occupies one-third of the country and is characterized by grasslands and sandy regions.

Oil production began in 1912 from the North Caspian Basin. Exploration moved south and east leading to oil output being achieved from the Ust Yurt Basin in 1965 and the Turgay Basin in 1989.

Since independence access to new technology has kick-started the development of deep, high sulphur fields, including the Karachaganak and Tengiz fields north of the Caspian Sea in the North Caspian basin.

The country’s only offshore area is also in this basin within the North Caspian Sea. Here the giant Kashagan field has had years of delay although offshore oil is produced nearby in partnership with Russia. After a brief period of production in 2013, Kashagan finally came onstream in 2016. Globalshift expects that the country will be better able to expand output as new pipeline systems are introduced.

Gas exports have commenced, initially into Russia, but eventually gas will be moved southwards and eastwards into China and other Asian countries. 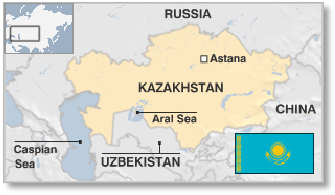 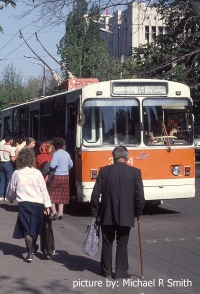 Kazakhstan is an authoritarian unitary republic. The President may veto legislation and is also the commander in chief of the armed forces.

The Prime Minister chairs the Cabinet of Ministers and serves as head of government. There are 3 deputy prime ministers and 16 ministers in the Cabinet. It has a bicameral Parliament composed of the elected 107-seat Majilis (lower house) and 47-seat Senate (the upper house).

The NOC is KazMunayGas (KMG) founded in 2002 by merging Kazakhoil and Oil and Gas Transportation. It has considerable control with numerous subsidiaries and joint ventures.