Jul 2020: Tethys announced that the test period for the first zone (Jurassic) in the Klymene exploration well KBD-02 in the Kul-Bas block has produced the equivalent of 2,700 bbls of oil per day. The Kul-Bas block surrounds the Akkulka Block.

Oct 2019: Shell has pulled out of the Khazar and Kalamkas More offshore projects. The development of Kalamkas More, the largest Kashagan satellite, and Khazar, in the Pearls blocks, are key greenfield projects away the 3 megaprojects (Kashagan, Tengiz, and Karachaganak) but with production not targeted until the late 2020s.

Jul 2019: Eni (50%) and KazMunayGas (50%) will explore the Abay block, running a 3D seismic survey and drilling at least 1 exploration well. It is in the north Caspian Se,a 50 kms from the coast in a water depth of less than 10m and will be operated by the joint Isatay Operating Company which also operates the nearby Isatay block.

Oct 2016: Kashagan sent its first oil for export after 16 years in development and more than US$50 bn of investment. However, reaching stable production will take some time as commissioning work continues offshore and onshore.

Jun 2016: Kashagan (after a 19th century poet from Mangistau), discovered in 2000 in the north Caspian Sea, 80 kms off the coast in water depths up to 6m, will produce a small amount of oil from its artificial islands in late 2016. Operated by North Caspian Operating Company (NCOC) it comprises Total, Eni, ExxonMobil, KazMunaiGas and Shell (all 16.81%), ConocoPhillips (8.40%) and Inpex (7.56%).

Apr 2016: The Kashagan project will be relaunched in June 2017 according to CNPC. Last year the Kazakhstan economy ministry said it planned to start oil production in December 2016. After delays and cost overruns, Kashagan launched in September 2013 but halted production a few weeks later after gas leaks were detected in its pipelines.

Mar 2015: Production from the Kashagan oil field is expected to resume in 2017. Operations at the field started in September 2013 but were halted a month later due to gas leaks from the sour gas pipeline. Saipem has won a contract to lay replacement pipelines worth US$1.8 bn.

Feb 2015: Current almost flat oil production is forecast to rise from 2017 after the Kashagan field restarts output and the Tengiz project is expanded. Oil output declined by by 1.2% in 2014 but is expected to increase by over 25% by 2021.

Oct 2014: Kashagan will need another US$3.6 bn to replace its leaking oil and gas pipelines. The consortium will have to buy 200 kms of pipes  to replace the entire network. Restart of the field will now probably be delayed to 2017.

Jul 2014: Tethys has announced an aggregate rate of 650 mcm of shallow gas per day from the AKK17, AKK18, AKK19 and AKK20 wells within the Akkulka Production Contract. These will be tied-in to existing infrastructure and placed on permanent production in early 2015, along with previously drilled wells, AKK05, AKK14, AKK15 and AKK16. The target  will be up to 1 mmcm of gas per day.

Apr 2014: Output at the Kashagan oilfield may not start until 2016. Production started in September 2013 but was halted in October after detection of gas leaks. In March the consortium running the field was fined US$737 mm by state-run KazMunaiGas.

Mar 2014: Investigations  into gas leaks at Kashagan are expected to be complete in Apr 2014. It remains unclear when crude output will restart (GS notes: it could be well over a year). The project was halted by sour gas leaks soon after start-up in Sept 2013. The North Caspian Operating Company (NCOC) had to achieve a level of 75,000 bbls per day but has failed to meet its contractual obligations.

Mar 2014: CompactGTL and the Minister of Oil & Gas  have signed a Memorandum of Co-operation to support the development of the world’s first commercial small scale GTL plant. Up to  3,000 bbls per day of synthetic diesel, produced from 0.3 bcm of gas per year, is planned. CompactGTL expects to have the plant in operation by 2017.

Nov 2013: The Kashagan oilfield is not expected to restart production until 2014. It was brought online in September but was shut down two weeks later and again on 9 October, following gas leaks. The field had been producing more than 60,000 bbls per day prior to the second leak.

Sep 2013: Eni announced that first oil from the Kashagan field has been produced in the North Caspian Sea. Eni holds a 16.81% stake in the NCOC consortium and through Agip KCO is responsible for development. In the initial phase output will reach up to 180,000 bbls per day.

Jun 2013: The North Caspian Operating Company (NCOC) has announced completion of facilities for production at Kashagan to receive first oil and gas from 8 wells on A artificial island. Production and treatment facilities on D Island are in the final stage. The onshore Bolashak Processing Facility has seen introduction of sweet gas from the Makat gas grid. Over the course of 2013/14, first phase production will be ramped up to design capacity from 180,000 bbls per day to 370,000 bbls per day. Kashagan and neighbours (Kalamkas Sea, Kashagan South-West, Aktote and Kairan) in the North Caspian have potential to significantly increase production volumes.

Oct 2012: ConocoPhillips is looking to sell its 8.4% stake in the Kashagan field. First oil is now not expected until 2013 compared with the original schedule of 2005. Costs on Kashagan have increased from US$57 bn to US$187 bn and production targets have been cut beyond the first 450,000 bbls per day. The second phase development, planned to take output to almost 1 mm bbls per day, may now not take place until 2021. 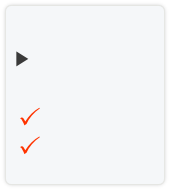