May 2021: Chevron (operator) has shut down production at the Tamar field amid violence in the region. Chevron took over the Tamar and Leviathan gas fields after acquiring Noble Energy in Oct 2020. Leviathan, which is still operating, began production in 2019 and exports to Jordan and Egypt as well as to the local market.

Jan 2021: Partners in  the Leviathan and Tamar gas fields will invest in a new pipeline to Egypt. The Ashdod-Ashkelon pipeline, including expansion of the Dor-Hagit and Sorek-Nesher pipeline sections will cost around US$236 mm and will allow up to 7bcm to be exported annually to Egypt. First gas flows are possible in Q1 2023.

Jan 2021: Energean has taken an FID on the Karish North gas field. It holds with 32 bcm of recoverable gas and and 34 mm bbls of liquids and will be tied back to the Energean Power FPSO. First production is planned for 2H 2023 with Capex at US$150mm.

Aug 2020: Zion Oil & Gas announced formal approval from the Ministry of Energy of its drilling plan for the onshore Megiddo Jezreel-2 exploration well on the Megiddo-Jezreel license. Drilling will commence in late 3Q, 2020 and the well will take 5 months.

Jan 2020: Gas production from the Leviathan field began on the last day of 2019 from 4 wells. The capacity of gas flow from the reservoir is expected to ramp up gradually. Gas supply to Israel and Jordan has begun with Egypt beginning shortly using the EMG pipeline. The Leviathan project is the largest energy project in Israel’s history.

Dec 2019: Noble signed agreements for the sale of condensate from the Leviathan field. The US$3.7 bn Leviathan development is in its final stages with an offshore platform from which gas will flow into the Israel Natural Gas Lines. Dolphinus Holdings will also buy around 60 Bcm of gas from 2020 in addition to 25 Bcm of gas from the Tamar field, transported via the 26 inch EMG gas pipeline to El-Arish in Egypt.

Nov 2019: Energean announced appraisal of the Karish North field has confirmed recoverable resources of 25 BCM of gas and 34 mm bbls of condensate adding to the 68 BCM and 33 mm bbls in its Karish and Tanin leases. The field will be developed via a tie-back to the Energean Power FPSO currently being built.

Jul 2019: The Ministry of Energy reports that the 2nd offshore licensing round received bids from 5 companies (Cairn, Soco, Energean, Ratio and Israel Opportunity) covering 12 blocks out of 19 offered. Currently Noble operates the Tamar and Leviathan gas fields and Energean, the Karish and Tanin fields. A 3rd licensing round is due in 2021.

May 2019: Gas production from Noble Energy’s offshore fields exceeded 10 bcm per year during Q1 2019 due to higher demand. The Leviathan development is 81% complete. Shipping of the platform topsides will occur soon with start-up expected in early 2020.

Apr 2019: Energean announced the Karish North exploration well has made a significant gas discovery. Further evaluation will now be undertaken along with deepening to evaluate potential at the D4 horizon. The rig will then drill 3 Karish Main development wells. All discoveries will be commercialised via tie-back to the Energean Power FPSO.

Mar 2019: The drillship Stena DrillMAX has started the Karish North exploration well in the Mediterranean Sea, to be followed by a 3 development well drilling programme on the Karish gas field.

Nov 2018: Israel launched its 2nd offshore bid round. Submissions will be accepted by June 2019 and announcement of the winners will take place in July 2019. Licenses for 19 blocks will be issued in 5 zones in the southern extent of Israel’s economic waters.

Oct 2018: Israel will tender 19 new offshore blocks and will publish details of the tender by the end of October, choosing choose the winning companies in mid 2019. The exploration licenses will be for 3 years, with options to extend up to 4 more years.

Feb 2018: Noble Energy will sell gas from the Leviathan and Tamar fields to industrial and petrochemical customers in Egypt beginning in 2020. Noble operates the gas fields with a 39.66% and 32.5% respectively.

Feb 2018: Zion Oil and Gas encountered free-flowing oil and gas while circulating drilling mud during open hole wireline logging and reaming at its onshore Megiddo-Jezreel-1 well. The company plans to drill up to another 70m followed by further open hole logging.

Dec 2017: Energean has been awarded 5 exploration licenses within the EEZ. The licenses are for Blocks 12, 21, 22, 23 and 31 published for bidding in the First Israeli Offshore Bid Round. The blocks are near the Karish and Tanin gas fields and the initial exploration period is 3 years.

Mar 2017: Production from the Tamar gas project increased 13% in 2016 to 9.4 bcm due to Israel’s replacement of coal by natural gas as its main energy source for electricity. The Tamar-8 development well is to be connected to the production system.

Jan 2017: Energean outlined the US$1.4 bn development of the Karish and Tanin gas fields using an FPSO. The FDP will include the drilling of 3 to 4 wells to develop Karish and 2 to 3 wells to develop Tanin once production from Karish has come off plateau. First gas is expected in 2020.

Dec 2016: The Petroleum Council has given approval of the acquisition of 100% of the Karish and Tanin gas fields by Energean. The Karish and Tanin fields, discovered in 2013 and 2011 respectively, have gas resources of around 68 bcm. A Field Development Plan (FDP) for both fields will project first gas in 2020.

Nov 2016: Israel invited bids for 24 new exploration licences off its Mediterranean coast. Bids are due by 21 April 2017.

Oct 2016: Zion Oil & Gas can move toward drilling its next deep well early in 2017 after negotiating a drilling contract and submitting the drilling engineering plan. The site is 40 kms south of the Sea of Galilee and the last step is to submit the drill site plan and apply to the government for approval.

Aug 2016: Road shows are planned in September for promotion of the first offshore licensing round. The MIEWR will offer 24 blocks in the Levant basin in the Eastern Mediterranean Sea. The blocks are a maximum size of 400 sq kms in water depths of between 1,500 and 1,800m.

Jul 2016: The Ministry of National Infrastructures, Energy and Water Resources (MIEWR) will release 60 new oil and gas licences, the first since 2012. Licenses will be awarded over 7 kms from the coast.

Jun 2016: Noble Energy has approval for the development of the offshore Leviathan project. The Plan of Development is a subsea system connecting production wells to a fixed platform with tie-in onshore.  The platform capacity will be 12 bcm a year to 21 bcm ultimately producing up to 500 bcm. Noble is operator (39.66%) with Delek Drilling (22.67%), Avner Oil (22.67%) and Ratio Oil (15%).

Oct 2015: Afek (Genie Energy) announced a significant oil discovery on the southern Golan Heights after 3 wells although no production rate information is available.

Feb 2015: Afek (Genie Energy) has spudded its first exploration well in the Golan Heights region of Northern Israel. In 2013 Afek was awarded an exploratory license covering 396.5 sq kms with permits for a 10-well, 3-year oil and gas exploration program.

Jan 2015: Noble Energy has suspended its Leviathan gas field development in response to the recent roadblock erected by Israel's Anti-Trust Authority to the project.

Oct 2014: The partners in the Tamar gas field are negotiating sales of at least 5 bcm of gas over 3 years to Egypt via a pipeline built in 2005 to send gas in the other direction by East Mediterranean Gas. This deal collapsed in 2012 after attacks on the pipeline in Sinai. Tamar began production in 2013 and gas is mostly delivered to the Israeli market.

Sep 2014: Gas totaling 45 bcm will be supplied from the Leviathan field  to Jordan's National Electric Power Company under a 15-year, US$15 bn agreement. It is the second contract to be signed following a deal with BG worth US$30 bn to supply gas to an LNG plant in Egypt.

May 2014: Woodside has abandoned plans to take a 25% stake in the Leviathan gas project, now focusing on export by pipeline. Noble Energy said first production at Leviathan will still be in late 2017 with support from the government and existing partners. Plans have changed as demand for gas grows in countries around Israel and in southern Europe, removing the need for an LNG plant.

Jan 2014: A natural gas supply agreement has been signed between partners in licenses 349/Rachel and 350/Amit (Leviathan Project) with the Palestine Power Generation Company (PPGC) to supply a power plant to be built near Jenin in the West Bank. The partners in the project are Noble Energy (39.66%), Delek Drilling (22.67%), Avner Oil (22.67%) and Ratio Oil (15.0%).

Aug 2013: Noble Energy has abandoned its Pinnacles-1 gas well due to rising water cut. Pinnacles, with reserves of 1.3 bcm, started producing in 2012. Noble owns 47% with Delek Drilling (25.5%), Avner (23%) and Delek Group (4.44%). Pinnacles was part of the rapidly depleting Yam Tethys project including Mari B and Noa.

May 2013: Noble Energy has discovered gas in the Karish-1 well in the Alon C/366 licence after reaching a final depth of 4,790m. The field is also reported to contain about 37 bcm of gas and 13 mm bbls of condensate, with condensate equal to the volumes in the much larger, Tamar field. The Tamar field began production in March 2013.

Apr 2013: Gas from the Tamar field, 90 kms off Israel’s northern coast, has come onstream from 5 subsea wells and is being combined with gas from Mari-B. Tamar, discovered in 2009 in deep waters of the Levantine basin which overlies Israel, Cyprus and Lebanon, is operated by Noble Energy (36%) with partners Isramco Negev (28.75%), Delek Group (31.25%) and Dor Gas (4%). A total of US$3 bn have been invested so far in developing Tamar which is estimated to contain 283 bcm of gas.

Feb 2013: Noble Energy has announced that the jacket and topside facilities of its deepwater Tamar gas development in the Levantine basin have been installed and commissioning operations are under way. Production is expected to start in April and will be combined with output from the nearshore Mari-B platform. 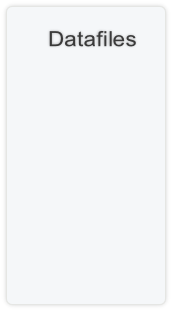