India (the Republic of India) is bounded by the Arabian Sea, Indian Ocean and Bay of Bengal and borders Pakistan (west), China, Nepal and Bhutan (northeast), and Myanmar and Bangladesh (east).

Migrants in the Indus Valley formed the first civilisations around 2,500 BC. They split into many Hindu kingdoms which by 300 BC had merged into the Buddhist Mauryan Empire and then the Gupta Empire in the north. Subsequently, from 600 AD, many culturally diverse kingdoms ruled the subcontinent.

In 1206 migrants from Central Asia established a powerful Islamic Delhi Sultanate, which repulsed the Mongols and formed a buffer against the Vijayanagara Empire in the south. The sultanate eventually fell to a new generation of Central Asian migrants in 1526. They went on to form the enlightened Mughal Empire until its decline in the 18th century.

By 1820 India was being administered by the British East India Company who steadily introduced social and industrial reform. After failure of the Indian Rebellion in 1857 the UK took overall control of the country and Queen Victoria took the title Empress of India.

A concerted struggle for independence began during World War 1 and was achieved in 1947, along with partition of Pakistan. Following economic reforms in 1991 India became a fast growing economy but continues to face challenges of poverty, corruption and territorial disputes with both China and Pakistan.

India comprises the bulk of the Indian subcontinent, including the Indian tectonic plate and part of the Indo-Australian Plate. The Indian plate split from Gondwana around 75 million years ago and moved northeast whilst the Tethys Sea oceanic crust subducted beneath the Eurasian plate.

Indian continental crust was eventually thrust beneath Eurasia creating the Himalayas. South of the Himalayas a rapidly filling sedimentary basin became the Indo-Gangetic Plain. South of this plain the original Indian plate forms the peninsula. It extends north to the Satpura and Vindhya mountain ranges running from the Arabian Sea coast in Gujarat in the west to the coal-rich Chota Nagpur Plateau in Jharkhand in the east.

To the south, the Deccan Plateau, including the Deccan Trap basalts, is flanked on the west and east by coastal ranges; the Western and Eastern Ghats. India also includes the Andaman, Nicobar, and Lakshadweep volcanic island chains within the Indian Ocean.

India began producing oil from the Assam-Arakan Basin in the northeast in 1891. In the 1960s production began to grow when output commenced from the Cambay Basin in Gujarat on the west and then offshore in 1976 from the Mumbai High area. In 1993 the Ravva field was developed off the southeast coast along with small on and offshore fields in the Krishna-Godavari Basin.

Oil production has also increased as a series of fields first drilled in Rajasthan in 2004 have been developed. However Globalshift believes that production has now reached a plateau.

Considerable gas volumes have been produced, mostly from the Mumbai High area, and many deep water fields exist off the east coast which have stepped up capacity. However, output has been slower to build up than originally planned. There are also proven and potential CBM and shale gas resources available to exploit. 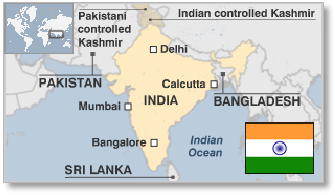 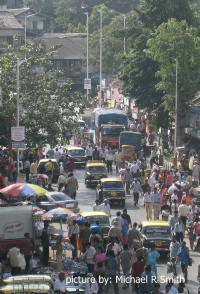 India, the world's most populous democracy, is a federal republic with a parliamentary system defining the power distribution between the federal government and the 29 states and 7 union territories. The President is head of state, elected indirectly by a national electoral college for a 5-year term.

The Prime Minister is head of government appointed by the president who leads the Council of Ministers. The bicameral parliament comprises a 245-member upper house (Rajya Sabha) and elected 545-member lower house (Lok Sabha).

The oil and gas industry is overseen by the federal Ministry of Petroleum and Natural Gas. The Directorate General of Hydrocarbons (DGH) is the upstream advisory arm of the oil ministry.

Oil India Limited (OIL) is the second largest founded by Burmah Oil in Assam in 1887 and nationalised in 1959. The government is now the majority shareholder in all the NOCs.