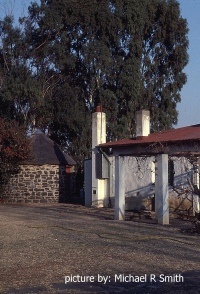 Swaziland (also known as the Kingdom of Eswatini) is land-locked, bordered by Mozambique to the east, and South Africa to the north, west and south.

Evidence for people in Swaziland dates from 25,000 BC although the earliest known inhabitants were San hunter-gatherers. These had been replaced by the Bantu from central Africa by 300 AD. Swazi settlers, known as the Ngwane, migrated northwards, building a kingdom by 1750 after conquering the established clans (the Emakhandzambili).

Mswati II, the most memorable of the old kings of Swaziland, extended the area in the 1850s until the present boundaries were drawn up in 1881. The UK and the Netherlands were fighting over southern Africa and in 1890 the kingdom acceded to a triumviral (British, Dutch and Swazi) administration. In 1894 a convention made Swaziland a protectorate of the South African Republic and a British protectorate in 1903.

Self government was granted in 1906 when the country partitioned into European and native areas. Swaziland was finally given independence in 1968 under a constitution which was suspended in 1973 with the king taking full control.

A new constitution was written in 2005 after protests for reform. Swaziland has a small economy trading with South Africa mostly in agricultural products. It has a small mining sector.

Swaziland is land-locked with a variety of landscapes including mountains along the Mozambique border (the highveld), savannas in the east (the lowveld) and rain forests in the northwest.

It is almost entirely composed of rocks of the African Craton and the overlying Karoo basin including the mid-Jurassic Lebombo lavas on the east. The country straddles a major fault running from the Drakensberg volcanic mountains of Lesotho and South Africa northwards through the Lebombo volcanics of the highlands of Swaziland and the eastern highlands of Zimbabwe to merge with the Great Rift Valley in Kenya.

This geology is unsuitable for oil and gas accumulations and Swaziland thus has no identified indigenous oil or gas resources and Globalshift believes it is unlikely to achieve any production in the future. No oil and gas exploration wells have ever been drilled within its borders. 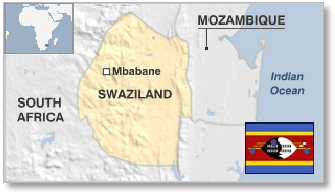 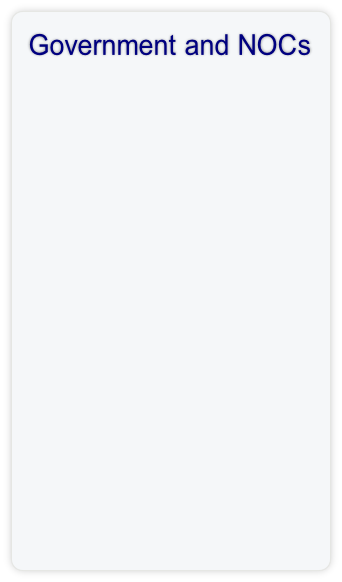 Swaziland is an absolute monarchy with the king as head of state. The king appoints the prime minister and a minority of legislators to the bicameral parliament.

There is no government department in Swaziland responsible for oil and gas resources.