Qatar (the State of Qatar) occupies the Qatar Peninsula on the northeastern coast of the Arabian Peninsula. It has a southern land border with Saudi Arabia and is surrounded by the Persian Gulf.

Settlements are recorded in Qatar from 6500 BC. In 224 AD the Persian Sassanian Empire took control of Beth Qatraye, which included Bahrain. In 628 Arab leaders replaced the Persians and it became a centre for pearl trading.

Administered by the Kingdom of Hormuz from 1320 and by Portugal from 1515, Qatar voluntarily submitted to the rule of the Ottomans in 1550. The Ottomans were then expelled in 1670 by clans, led, after 1766 by the Al Khalifa dynasty. It was annexed by Bahrain in 1783.

In 1825 the House of Thani was founded as a dependency of the Al-Khalifa. After Qatari rebels began to demand independence a settlement was imposed by the UK in 1868 recognising Qatar as separate from Bahrain and the house of Thani as its leader.

Hoiwever, in 1871 the country again fell to Ottoman rule, but became a UK protectorate in 1916 after collapse of the Ottoman Empire. Oil revenue from 1949 led to modernisation and full independence was declared in 1971.

Pro-west, it was the US Command headquarters in the 2003 Second Gulf War. Qatar has the highest per capita income in the world with an economy dependent on its large gas and oil reserves.

The Qatari peninsula extends northwards into the Persian Gulf most of which consists of a low, barren plain, covered with sand. The highest point is Qurayn Abu al Bawl at 103m in the Jebel Dukhan on the west, a range of limestone outcrops running north-south to the southern border.To the southeast lies the Khor al Adaid (Inland Sea), an area of sand dunes surrounding an inlet of the Gulf.

The Jebel Dukhan area contains Qatar's only onshore oil field. Qatar has produced oil from this field, known as Dukhan, since 1949 with associated gas being first used in 1962. The country has kept onshore output roughly stable ever since.

Offshore oil has been produced since 1964 with output steadily increasing through regular investment in approximately 15 large fields, along with rising NGLs from the North field.

The North field, discovered in 1979, lies to the northwest of the peninsula. It is the largest gas accumulation in the world, part located in Iran, where it is known as South Pars and is being developed separately. It came onstream in 1991 and output has risen as LNG trains have been built by two operators and as a number of pipeline projects have been installed.

The Dolphin project, that sends piped gas to the UAE, began producing in 2008 and GTL plants came onstream in 2007 and 2011.

The North field still has the potential to grow output even though 14 LNG trains in 2 plants are already in production. Globalshift believes that the actual production profile of gas and NGLs will be dependent on world markets rather than gas availability. 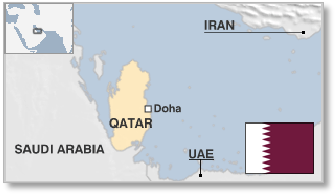 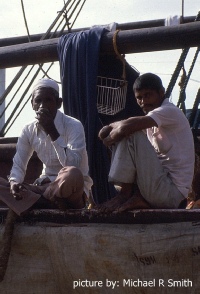 Qatar is an absolute monarchy with the Emir as head of state and head of government. There is no electoral system and political parties are banned however under a 2003 constitutional referendum it should become a constitutional monarchy with a 45-member (30 elected and 15 appointed by the Emir) Consultative Assembly (Majlis as-Shura).

The current Advisory Council is an appointed body that assists the Emir in formulating policy.

The Ministry of Energy and Industry is responsible for planning and overseeing the oil and gas industry. Established in 1974, Qatar Petroleum (QP) is the NOC responsible for upstream and downstream operations.

Ras Gas and Qatar Gas were established by QP as joint ventures in 1993 and 1994 respectively with foreign companies to exploit LNG. They started production in 1999 and 1997.

Qatar became a member of OPEC in 1961 but opted to leave the group at the beginning of 2019.