Jun 2020: Vantage Drilling International has entered into a contract with Eni for its jackup rig, the Topaz Driller, to perform offshore drilling services for 180 days during Q1 2021.

Jan 2020: Energean has identified shallow gas prospects and deeper carbonate prospects on its acreage based on newly acquired seismic data. The Ministry of Economy in Montenegro has conﬁrmed an extension to the 1st exploration phase to March 2021 with a drill-or-drop decision by end 2020.

Oct 2017: Energean informed that the competent persons report (CPR) for its fully-owned offshore blocks 4218-30 and 4219-26 indicated 51 bcm of gas and 144 mm bbls of unrisked prospective resources. The two blocks were awarded in March 2017.

Mar 2017: Energean signed an E and P Concession Contract over offshore Blocks 4219-26 and 4218-30. Investment over an exploration period of 7 years will be US$19mm, including a 3D seismic survey and the drilling of 1 well. The 2 blocks are in a water depth of 50-100m close to the coast in the vicinity of the town of Bar. The geology is believed to be similar to Western Greece.

Jun 2016: Energean Oil & Gas has reached a hydrocarbon exploration and production agreement with the Ministry of Economy for 2 blocks, 4219-26 and 4218-30, in the eastern Adriatic Sea.

May 2014: Energean and Mediterranean Oil & Gas and  have jointly submitted a bid for the exploration in Montenegran offshore areas 4118/05, 4218/30 and 4118/10. If successful, Energean will act as operator with 60% with MOG holding 40%.  Energean is the only operator of fields in Greece having produced over 115 mm bbls of oil from the Prinos and South Kavala offshore fields.

Jan 2014: The Government has extended the validity period for its public invitation to apply for the award of hydrocarbons production concession contracts offshore Montenegro. The new deadline for submission of bids is 15 May 2014.

Aug 2013: The Ministry of Economy of Montenegro has invited oil and gas companies to apply for a licensing round that will remain open for tenders until 28 February 2014. The invitation covers an unexplored offshore area of 3,191 sq kms with 13 blocks in the Adriatic Sea to be awarded.

Sep 2012: The Government will define offshore blocks to be awarded as concession contracts for exploration and production. The 13 blocks will cover 3,191 sq kms in the Adriatic Sea. Montenegro’s offshore territory has been divided into a grid, 12 arc minutes E-W and 10 arc minutes N-S. The first bidding round inventory will include blocks in the Ulcinj territory towards the south and 20 companies have expressed interest. 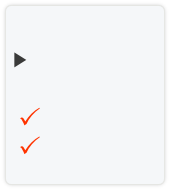