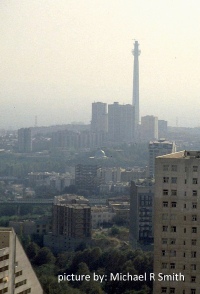 Civilisations appeared in Iran before 4000 BC. After the Persians arrived from Eurasia, Iran fell to the Assyrians before being unified by the Median, and later, Achaemenid, Empires from 728 BC. The latter fell to Greeks in 330 BC. The Parthian and then Sassanid Empires emerged, ruling until 633 AD when Arabs took over.

Kingdoms appeared again in the 9th century as the Islamic Golden Age begun, ended by Mongol invasions from 1219. The Safavid Dynasty reunified the country in 1501, introducing Shia Islam and building a new empire from 1729. This declined once again after the loss of territorial wars with Russia.

In 1906 revolution established a monarchy and legislative body but the country was repeatedly occupied as its oil had become strategically important. Renamed Iran (from Persia) in 1935, it nationalised its oil in 1951 and a coup was instigated in 1953. Popular dissent against foreigners led to the Iranian revolution in 1979, creating the Islamic Republic.

The 1980-1988 Iran-Iraq war, as well as trade sanctions, damaged the economy until a new leader in 2013 improved global relations. Sanctions were re-introduced by the USA in 2018.

Iran is strategically located between Eurasia and Western Asia, controlling the entrance to the Persian Gulf at the Strait of Hormuz. It is a broad plateau and is very mountainous with ranges that separate many inland basins.

Iranian oil production began onshore in 1913 and offshore in the Persian Gulf in 1961, to grow to a peak in 1973 when the country was a leading oil supplier. Globalshift does not expect this peak to be surpassed, even though it has restricted its output and also suffered sanctions on exports. Fields struggle to maintain rates whilst investment in undeveloped volumes is erratic.

Iran has large gas resources and output will climb, especially from the giant South Pars offshore gas field, a structure linked to the North field in Qatar. Substantial volumes of gas from South Pars and elsewhere are being used for injection to support oil production rates.

Foreign oil companies were forced to leave in 1979 but new entrants are now accepted under special contracts, different to standard PSCs used in other countries. Sanctions strongly impact investment levels. 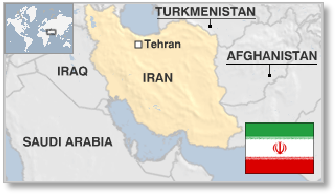 Iran has a number of governing bodies. The Leader of the Revolution (Supreme Leader) is responsible for supervision of general policies and is commander of the armed forces. He appoints 6 of the 12-member Guardian Council which wields considerable power.