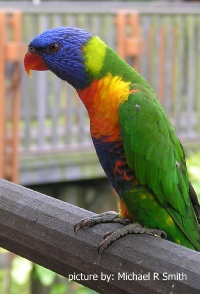 Gabon (the Gabonese Republic) lies north and south of the equator and borders Equatorial Guinea and Cameroon (north), Congo-Brazzaville (east and south), and the Gulf of Guinea in the Atlantic Ocean (west).

Early Baka (pygmy) tribes were replaced by Bantus migrating to the area in the 14th century. The region was visited by the Portuguese in the late 15th century and other Europeans (mostly trading in slaves) in the 16th century but there was little contact with inland tribesmen who formed a kingdom known as Orungu in Gabon.

In 1839 France established a protectorate along the coast under treaties with coastal chiefs. Captives released from an illegal slave ship founded Libreville near an American mission at the mouth of the Komo River in 1849.

France expanded its control from 1862, occupying the country in 1885, however, it did not administer until 1903. In 1910 Gabon became one of 4 territories of French Equatorial Africa all of which gained independence in 1960.

After a coup in 1964 the country achieved stability, reforming, and introducing a multi-party system in the 1990s. Oil production and investment have made Gabon, with its low population, relatively wealthy, although significant parts of the population remain poor.

Gabon on the Atlantic coast of central Africa has 3 regions. Its coastal plains, extending between 20 and 300 kms from the shore, are forested and contain patches of mangroves in the north.

Inland highlands of the Cristal Mountains lie northeast of Libreville with the Chaillu Massif in the centre. In the east is a large area of African savanna. Gabon also has several karst areas in dolomite and limestones.

Oil production began onshore Gabon in 1957 after which the number of fields rapidly increased. Production from the onshore area again rose significantly in 1989 when the Rabi/Kounga field came onstream. However, onshore oil production is now in steady decline.

The offshore part of the Gabon Basin began producing in 1962 and had reached a peak by 1977, roughly matching that of onshore. This area is now also declining with deep water drilling turning up few new prospects.

Some pre-salt potential may be present in both shallow and deep waters, however, Gabon lacks the large areas of deep water basin geology characteristic of neighbouring countries. Redevelopment of older fields cannot sustain output.

Most associated gas is flared or re-injected but onshore marketed production is forecast by Globalshift to start increasing as new local markets are established. 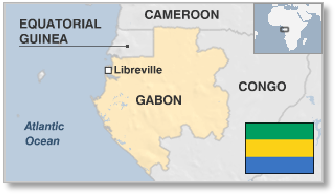 Gabon is a republic with a presidential government. The president is elected for a 7-year term, appoints the prime minister and cabinet and has authority to dissolve the National Assembly.

Gabon has a bicameral legislature with a 120-member National Assembly elected for a 5-year term and 102-member Senate elected by regions for 6 years.

The government controls all petroleum and mineral rights with the oil and gas industry overseen by the Ministry of Mines, Petroleum and Hydrocarbons. The first NOC was the Société Nationale Petrolière Gabonaise, disbanded in 1987.

In 2011 the state-owned Gabon Oil Company (GOC) was created to work with international companies and to operate. Gabon joined OPEC in 1975, withdrew in 1994 and rejoined in 2016.