The Falkland Islands (known as Malvinas in Argentina) are a British overseas territory in the South Atlantic on the Patagonian Shelf. They comprise East Falkland, West Falkland and 776 smaller islands lieing from450 to 550 kms east of Argentina.

The islands were deserted at the time of the first British landing in 1690 and remained so until 1764 when French and, in 1766, British settlements were established on separate islands. France gave its claim to Spain, in 1774 the UK left, and, by 1811, Spain had also left.

The islands were visited only by fishermen until a German merchant settled in 1826. Objecting to the restrictions on fishing he introduced, the British returned in 1832, establishing a community in Port Stanley which survived on ship repair and wool trading. The islands then became a Crown colony in 1840 and from 1908 were termed the Falkland Islands Dependencies, governing all Antarctic territories until 1985 and acting as a military base.

Although the UK wished to transfer the islands to Argentina, the locals refused and in 1982 Argentina invaded, briefly occupying until a UK force retook the islands 2 months later. The UK then expanded its military presence and the economy was diversified with the establishment of the Falklands Exclusive Economic Zone.

Relations between Argentina and the UK were re-established in 1990 but remain strained over ownership of the islands.

The Falkland Islands are predominantly mountainous and hilly with the exception the depressed plains of Lafonia, a peninsula forming the southern part of East Falkland. Both main islands have mountain ranges reaching 700 m.

The islands are fragments of sub-aerial continental crust on the Patagonian Shelf of the South American continent arising from the break-up of Gondwana and the opening of the South Atlantic that began 130 mm years ago.

Territorial waters extend to 200 nautical miles (370 kms) from the coast, based on the United Nations Convention on the Law of the Sea, overlapping with the maritime boundary of Argentina. The offshore area comprises 3 basins. The North Falkland Basin (NFB) is a failed rift with lacustrine infill. The Falkland Plateau Basin (FPB) to the east is a passive margin basin with marine infill. The South Falkland Basin (SFB) comprises a thrust belt and and foreland basin also with marine sediments.

Six exploration wells were drilled offshore in 1998 by British companies but none were successful. In 2010 a new drilling campaign was begun and oil was discovered in deeper waters in the North Falkland Basin (the Sea Lion field) which may be commercial but has not yet been developed. This discovery is forecast by Globalshift to come onstream in the late 2020s, followed by development of other discoveries.

Prospects for oil production has increased tension between the islands and Argentina and the timing of oil exports is linked to developments in the political situation as well as the oil price. 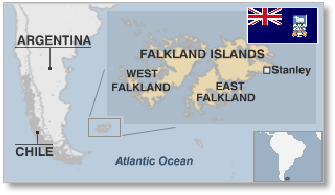 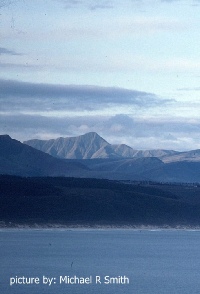 The Falkland Islands are a self-governing British Overseas Territory with full internal self-government. The UK is responsible for foreign affairs and overall good governance.

The UK monarch is head of state and executive authority is exercised by a Governor who appoints a Chief Executive on the advice of the unicameral 10-member Legislative Assembly. Falkland Islanders are British citizens.

The UK and Argentina claim the islands. The UK's position is that locals have a right to self-determination and the UK has continuously administered since 1833. Argentina maintains that in 1833 the UK expelled Argentinean settlers and that it acquired the Falklands from Spain at independence in 1816.

The Department of Mineral Resources is the Falkland Islands Government regulatory body charged with oversight of the offshore oil and gas industry and any onshore mining or mineral exploration that may take place.