A kingdom was established in 11000 BC becoming, in 930 BC, the states of Judah (south) and Israel (north). Each came into conflict with the Assyrian and Babylonian empires until the Persian empire took over from 538 BC. In 167 BC a new Jewish Kingdom appeared and the Romans invaded in 63 BC, eventually leading to expulsion of the Jews.

The Romans were replaced by a series of Arab caliphates in 634 AD, the Mamluk Sultanate of Egypt in 1260 and the Ottoman Empire in 1516, which collapsed at the end of the First World War. In 1922 the territory was assigned to the UK as Mandatory Palestine.

The first of 5 waves of Jews migrating back to Palestine had begun in 1881 and, after the Holocaust of World War 2, the UN agreed to a Jewish state. Israel was then established in 1948 but fierce objection by Arabs led to a series of wars.

Israel, much enlarged by immigration, occasionally occupied the West Bank and the Gaza Strip (which had both remained as Palestine), Sinai, south Lebanon and the Golan Heights. It developed a skilled workforce and strong economy but efforts to resolve the Palestinian conflict have generally failed.

The sovereign territory of Israel, according to demarcation lines of the 1949 Armistice Agreements, excludes all areas captured during the 1967 Six-Day War. However, Israel also controls East Jerusalem, the Golan Heights and the partially Palestinian-governed territory of the West Bank.

The country includes a coastal plain, the Negev desert in the south, the inland Jezreel Valley and central highlands of Galilee, Carmel and the Golan Heights in the north. East of the mountains is the Jordan Rift Valley, along the Dead Sea Transform (DSF) fault, part of the Great Rift Valley. This is the boundary between the African Plate to the west and the Arabian Plate to the east. The Dead Sea is the lowest point on the Earth. Further south is the Gulf of Eilat, part of the Red Sea.

Israel produced considerable quantities of oil in 1971 during its occupation of Sinai but this was returned to Egypt in 1982. It has otherwise only produced small amounts of oil from the Negev desert since 1955.

The offshore exclusive economic zone in the eastern Mediterranean is double the land area of the country. In 1999 the country discovered gas offshore near the Egyptian border. Production from one field began in 2004, with minor amounts of NGLs.

In 2009 the Tamar gas field was discovered in the Levant basin in deep waters west of Haifa. Tamar came onstream in 2013 and, along with neighbouring finds such as Leviathan, Globalshift forecasts significantly increased gas production. The gas is used for electricity and a new distribution network is planned with exports to Jordan and possibly elsewhere. 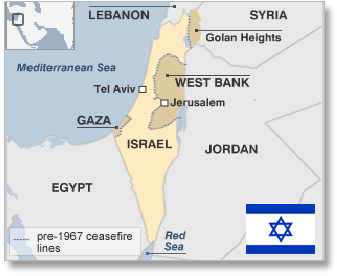 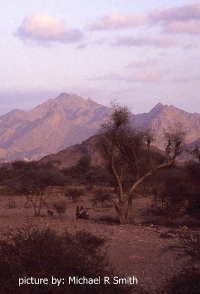 Israel is a representative democracy with a parliamentary system. The president is head of state, with limited and largely ceremonial duties.

The prime minister serves as head of government and head of the cabinet. The country is governed by a 120-member parliament, known as the Knesset, elected to 4-year terms.

The Israeli Ministry of Infrastructures, Energy and Water Resources (MIEWR) is the government agency responsible for overseeing all petroleum-related activities in Israel.

The Petroleum Council, established in 1953, grants petroleum rights under the auspices of the Natural Resources Licensing Administration.